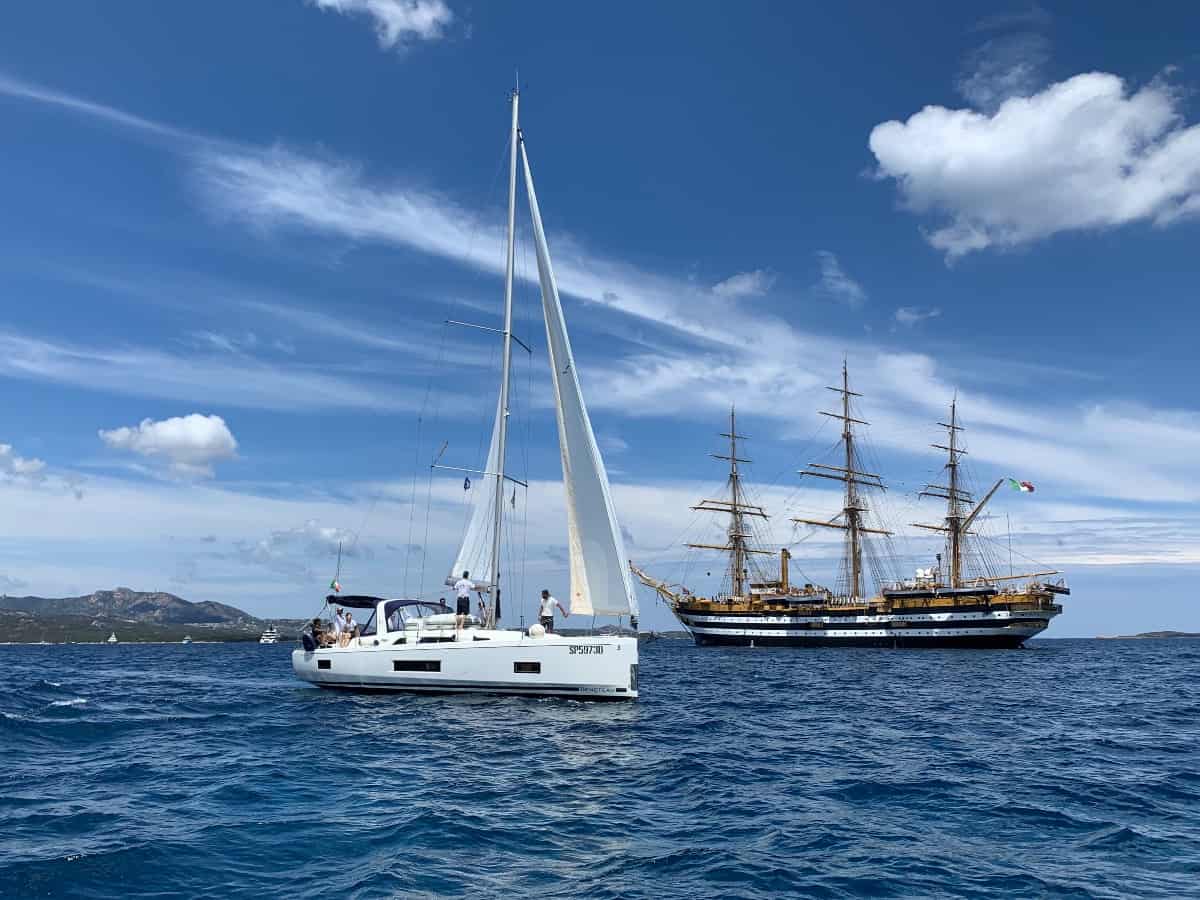 Olbia – The presence of the “most beautiful ship in the world” in the Gulf of Cugnana has certainly not gone unnoticed over the last weekend.

The Amerigo Vespucci, pride of Italian Navy and Italy ambassador in the world, stopped among the mega yachts in the Costa Smeralda waters in her tour for the 2021 campaign, with 118 students of the first class of the Academy ship of Livorno on board.

During Saturday 17th July the cadets and part of the crew had the opportunity to visit the marina of Cala dei Sardi owned by Simone Morelli, a retired Navy officer and former student of Vespucci as well as a personal friend of the current commander of the sailing ship Gianfranco Bacchi. The cadets then sailed with two NSS Charter boats for an afternoon of sport and training while the mayor of Olbia, Settimo Nizzi, and the councilor for tourism, Marco Balata, boarded for the institutional greetings accompanied by the former officer Morelli.

The training ship, launched in 1931, the oldest unit in service in the Navy, returned to sail in north-eastern Sardinia after about 4 years. Yesterday’s departure from the Cugnana harbor was suggestive. In fact, Commander Bacchi set sail, demonstrating skilled seafaring like Agostino Straulino, the unforgettable sailing champion who commanded the Vespucci in 1965.

The Amerigo Vespucci then made a stop in the Maddalena archipelago, precisely in the bay of Santo Stefano. A real show for all yachtsmen and charterers in transit who were able to admire and photograph the ship of the Italian Navy.